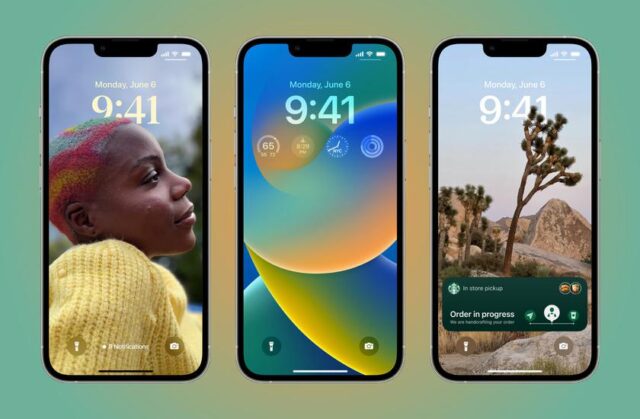 Apple is getting ready for the release of its new iPhones by giving developers a new beta version of iOS 16. This means that we already know some of the first things about what this new operating system will do. And even though some of the features, no matter how small, look nice, one in particular has annoyed some users and is not likely to be in the final version. Here, you can find out what’s new.

One of the first changes that people are talking about is that the iPhone’s battery percentage number is coming back, and not everyone is happy about it. Some people may remember that Apple took away this option a few years ago to make room for the front-facing camera. This, of course, will let users know exactly how much battery life they have left without having to pull down the slider in Control Center. Maybe they thought that putting it all together would make the best batteries for the future.

Not everyone is happy about this, though. Victoria Song of The Verge said that it looks bad because the icon looks full even though you have less battery (which would be shown as a number). This could be very confusing. But it’s possible that this is just a test and will be fixed in the future. On the other hand, some people say that this option might not make it into the final version, so we won’t know if it stays until the official operating system is released.

Find your phone for you

In the Find My app, one of the new features is a new sound option that can be played when you are trying to find your device. This one is much stronger and more unique, so your phone will be easier to find. This app keeps getting better, which makes it very useful in an emergency.

In the same way, the Apple Watch (and possibly its Pro version) will be a part of this. When you press your iPhone to find it in the device control center, you will hear the new sound.

Apple Music got a few small changes. The icons that show if a song has Dolby Atmos or is Lossless now show up below the artist in a less obvious place.

Users have also noticed that the emergency call has changed. It is now called “Emergency SOS,” and it can be activated by holding down the side button or pressing it quickly. The police will be called automatically.

There are also small changes to how we take screenshots, which now let you copy an edited version and delete the original.