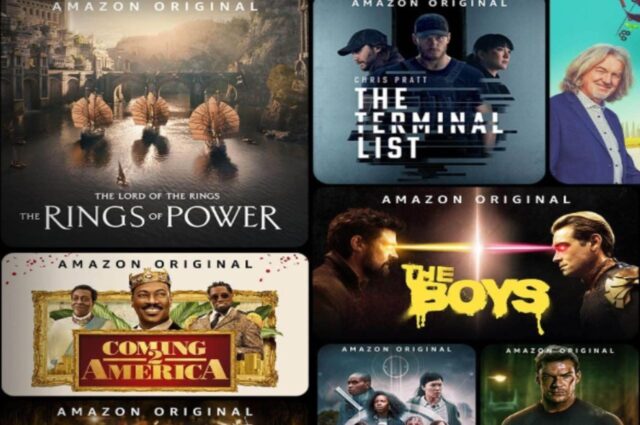 Amazon Prime November 2022 schedule of new movies and series is here for you. Popular new films and television programs like My Policeman and The English will be made available for free streaming on Amazon Prime Video. Make sure to check out the greatest Prime Video releases, including more Amazon Prime Video Originals like Mammals, Autumn Beat, and From the Top of My Lungs, in the platform’s streaming library.

The greatest and newest Amazon Prime Video titles now streaming this month are a great place to start if you’re trying to pick what to watch right now.

Every month, Prime Video offers a roster of new movies that includes theatrical releases, old classics and original content. These two new Prime Video Original films stand out from the rest of the selection of new and vintage movies.

Here are some of the highlights from Amazon Prime November 2022 Schedule:

Despite homosexuality being against the law in 1950s Britain, a young police officer initiates an affair with the best friend of both he and his wife. Harry Styles, Emma Corrin, and David Dawson are the stars of this tale of forbidden love and a civilization in transition. “My Policeman” will start to stream on Prime Video on November 4 after it had its theatrical debut in October.

The affluent half-sister of Alice and Paul is being married in the English countryside, and despite their many, many reservations, the entire family intends to come together for the special occasion. The chaotic, contemporary wedding comedy with Kirsten Bell, Ben Platt, Cynthia Addai-Robinson, and Allison Janney releases on Amazon Prime Video on November 18.

It’s time for the fourth annual Savage X Fenty fashion show. Anitta, Burna Boy, Don Toliver, and Maxwell will all be performing at this year’s Savage X Fenty presentation, which is known for defying convention and showcasing unorthodox models and celebrities.

The English, an epic chase Western from Hugo Blick, an award-winning writer and filmmaker, whisks us away on a frantic tour through 1890 Middle America. A revenge tale in every sense, the series centers on Lady Cornelia Locke, an aristocratic Englishwoman played skillfully by Emily Blunt, and Eli Whipp, a Pawnee ex-cavalry scout (Chaske Spencer). When the unlikely pair stumbles onto a terrible landscape made of the blood and corpses of the past, they are forced to work together, but that is only the beginning.

Here, a local sheriff’s inquiry into a string of odd and horrific unsolved killings led by Robert Marshall (Stephen Rea) and young widow Martha Myers (Valerie Pachner) threatens to expose the horrible secret that both Lady Locke and Eli Whipp are hiding.

James Corden makes his comeback to television with Mammals after recently ejecting himself from some of New York’s most prestigious dining establishments. The Late Show host portrays Jamie, a well-known Michelin-star chef whose life is turned upside down when he learns terrible information about his expectant wife, Amandine. As he and his brother-in-law Jeff search for the truth, Jamie learns more than he could have ever imagined and discovers holes everywhere they look, including in Gary and his own relationship.

Jez Butterworth, a two-time Tony and Olivier Award winner, wrote the new six-part series, which addresses some serious topics. Mammals, which by nature is dark, will undoubtedly make you feel down, but you can count on a few laughs in the interim.

Are you curious about what else you may watch on Amazon Prime Video this month? The following new Amazon Prime November 2022 Schedule of movies and TV series will be available to stream: