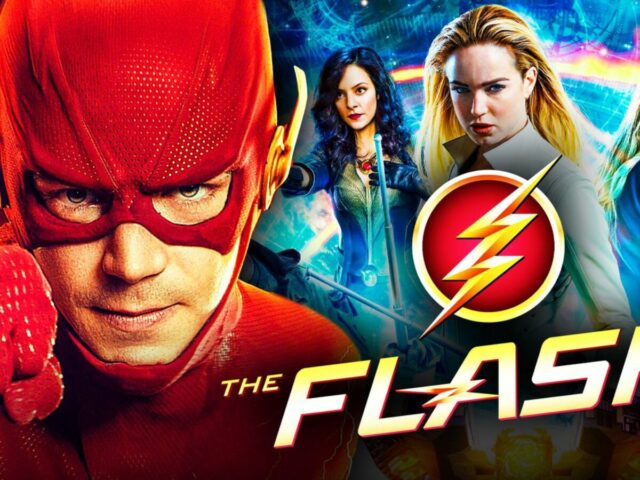 The actor who portrays Joe West in the Arrowverse, Jesse L. Martin, teases the return of old faces in The Flash season 9. While a number of The CW programs concluded in 2022, one of the network’s main dramas will conclude in 2023. The Flash, which has aired for nearly a decade, will conclude with its The Flash season 9, making it the longest-running series in the Arrowverse. Prior to The CW’s revelation, it was widely believed that The Flash’s ninth season would be its final. Especially given Grant Gustin’s one-year contract extension.

The production of the Arrowverse drama has recently begun in Vancouver, Canada, and unlike previous seasons, The Flash season 9 will consist of only 13 episodes. Prior to the global epidemic, The Flash was often renewed for 22 episodes, however, the most recent two seasons featured between 18 and 20 episodes. Gustin will be joined in the last season of The Flash by returning cast members Candice Patton, Danielle Panabaker, Brandon McKnight, Kayla Compton, and Danielle Nicolett. In spite of Martin’s departure as a series regular during the eighth season of The Flash, Joe will appear in a number of episodes during the final season.

In this essay, we will learn more about The Flash season 9. Continue reading to see whether or not there will be another season of The Flash.

Is The Flash Season 9 Renewed?

Yes, it is official that the CW has renewed The Flash season 9, and the final season begins in March 2022. The last season of the series will consist of 13 episodes ranging from 41 to 45 minutes in length, making it the shortest season of the series existence. The specific episode titles and numbers for the forthcoming season cannot be verified at this time, as work on the next season is anticipated to begin in September of this year.

On the other hand, the news was also verified on the show’s official Twitter account by merely retweeting a Deadline item stating, “The CW has been rigorous in providing its trademark programs a proper finish whenever possible.” The Flash is one of two legacy series whose upcoming seasons will be their last, the other being ‘Riverdale’.”

The Flash season 9 will be broadcast on The CW in 2023. In May, during the network’s Upfronts Presentation, it was announced that veteran comic book shows such as Flash, Superman, and Lois season 3, and Riverdale season 7 (which is also the show’s final season) will be delayed until midseason.

Although the network has yet to announce a specific month, their midseason programs typically premiere between January and March. March is a familiar month for The Flash, as The Flash season 9 and the second half of its eighth season premiered in that month in 2021 and 2022, respectively.

As always, it is best to wait for official confirmation from the network. What we can confirm is that production on the ninth season has already begun, with Grant Gustin just announcing on social media that the cast and crew have already begun filming the second episode. Yes, we have a bit of a wait for The Flash season 9, but the good news is that a 2023 premiere date allows you plenty of time to begin rewatching The Flash from the beginning right away!

According to the most recent information, there will not be a new Flash spoiler. Given that episode 8 has already been broadcast, it is currently quite difficult to guess the spoiler.

Please stay in touch, as we will update this page as soon as we obtain information on the upcoming episode of The Flash.

It is not surprising that narrative details have been kept largely under wraps. A touch of mystery never hurts because it heightens anticipation. Nonetheless, if the series adheres to its structure, Allen will continue to overcome his flaws and assume responsibility for saving the planet. And as we all know, no superhero exists without a villain. The last remaining mystery is against whom will the Flash face off in season nine.

An intriguing fan hypothesis suggests that the Flash’s adversary in the final and penultimate season may be none other than Bloodwork (Sendhil Ramamurthy). In The Flash season 6, when he demonstrated his ability to manipulate the blood of others, he almost caused irreparable harm to Allen and his team. He is also known as Dr. Ramsey Rosso. And if he returns in this final season, there will surely be fascinating developments in the future. However, it wouldn’t hurt to see Allen defeat a few supervillains.

The Flash Season 9 Cast and Crew 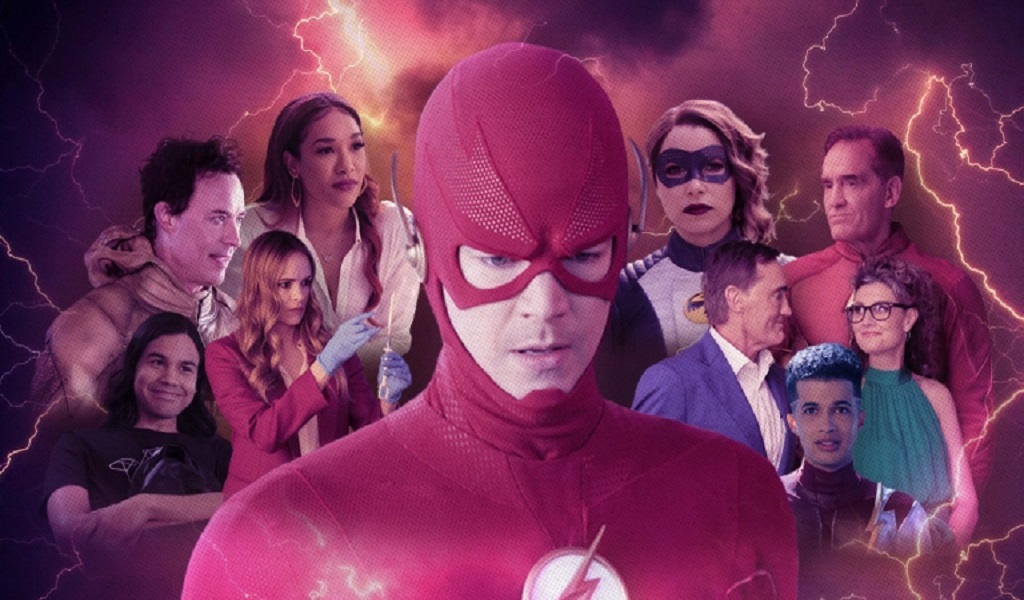 The previous season’s cast is expected to return and continue the plot in the final season. In addition, as of August 2, 2022, the network had not made any new casting announcements. The following is a list of prominent series characters with brief descriptions:

The Arrowverse will formally conclude the following year. According to The Hollywood Reporter, The Flash will conclude with its ninth season in 2023. In addition, the final season will contain only thirteen episodes.

Eric Wallace, showrunner and executive producer of The Flash, issued a statement confirming the news.

“Nine months! Nine years of rescuing Central City while taking the audience on a heartfelt, humorous, and spectacular emotional journey. Now, Barry Allen has arrived at the starting line for his final race. Each week, a large number of extraordinary individuals have contributed their skills, time, and love to bring this great performance to life. As we prepare to commemorate the show’s tremendous legacy with our last chapter, I’d want to express my gratitude to the incredible actors, writers, producers, and crew who have helped make The Flash such an unforgettable experience for audiences around the globe.

The Flash season 9 trailer is not currently available. However, we will continue to publish updates on the upcoming season of Flash, so please review our page periodically.

If it is accessible, our page will display it. You may view the promotional video for the Se trailer of The Flash season 8.

Where to Stream The Flash Season 9?

The Flash season 9, along with previous seasons, will be accessible to stream on the CW app or website a short time after the episode has aired on the network. All seasons of The Flash are available on Netflix and FuboTV, allowing fans to watch new episodes based on their location and the subscription plan that best suits their interests.

In addition, the series may be rented or purchased on Amazon prime shows, Vudu, and Google Play. Therefore, we suggest that you renew your membership and continue watching the series in order to recall the events of earlier seasons.

The passing of Eobard Thawne opens the door for another criminal to harm Central City. The main Big Bad for season nine has not been confirmed, but it will be populated with familiar villains from past seasons. Flash has fought formidable foes, such as Gorilla Grodd, Captain Cold, and Bloodsport, thus there are numerous options. Expected to return are fan-favorite antagonists, with the most popular having the highest possibility of reappearing.

Where is The Flash Filmed?

The majority of production takes place in Vancouver, British Columbia, Canada. The Flash debuted in North America on October 7, 2014, with the pilot becoming The CW’s second-most-watched premiere behind The Vampire Diaries in 2009.

From April to October 2021, filming took place at Warner Bros. Studios in Leavesden and on location in the United Kingdom. The Flash is scheduled for release in the United States on June 23, 2023, after repeated delays caused by director changes, the COVID-19 epidemic, and post-production complications.

If you have never watched the series and are interested in its quality, I can assure you that it is rather good! The show has a decent IMDb rating of 7.6/10 and a Rotten Tomatoes score of 83%. Consequently, this show is included in my list. If you’re still on the fence about viewing it, consider what others have said about it.

Initially, I had doubts about the film, but I overcame them and watched two or three episodes before finishing the series. As others have stated, the first few episodes were tedious, but as you continue to watch, it becomes quite thrilling, and I assure you that you will get completely enamored with it and have no desire to do anything else.

I also appreciate the film’s emphasis on character development. Their diverse emotional states are accumulating! Grant Gustin, as Barry Allen, is one of my favorite actors. The performances of the other performers were outstanding! Watch The Flash if you wish to understand what I’m talking about.

The Flash is rated TV-PG, which indicates that it contains content that parents may deem inappropriate for younger children. It is likely that many parents will wish to watch it with their younger children. The program may include one or more of the following: occasional suggestive speech, infrequent rude language, some sexual situations, or moderate violence.

Our objective is to maintain accurate and up-to-current The Flash season 9 release date information by compiling this data from publically accessible sources such as IMDb, The Movie Database, and guides. If you notice an error, please let us know through a comment so we can repair it.

Will there be The Flash Season 9?

The Flash, an American superhero television series based on the DC Comics character Barry Allen/Flash, was renewed for a ninth and final season on March 22, 2022. It is a spin-off of Arrow and is set in the Arrowverse, sharing continuity with the other television programs in the universe.

When will The Flash Season 9 premiere?

According to EW, production will begin in October 2022 and the series will return in 2023.

How many seasons in The Flash?

The Flash is now in its eighth season.

Is this The Flash Season 9 final season?

It has been confirmed that The Flash season 9 will be the final one. The CW announced the news on August 1 and emphasized that the ninth season will be shorter than prior years, with only 13 episodes showing.

How Many Episodes of The Flash Season 9 Will There Be?

In the subsequent season, the producer chooses to produce The Flash. As with prior seasons, there will likely be at least 20 episodes. Consequently, the forthcoming season will include at least twenty episodes.

Is it true that The Flash won’t return for season 9?

Despite the fact that the show’s writers were well-prepared to say goodbye at the end of season 8, it appears we’ll be returning to Central City for another thrilling season. Along with several other CW programs, The Flash has been renewed for a ninth season.

Where to watch The Flash Season 9?

Initially, it will be accessible via the CW app. Eventually, it may be available on Google Play, Vudu, or Amazon Instant Video.

Is The Flash available for free to watch?

No, this series cannot be viewed for free. To view past seasons, a Netflix series or Amazon subscription is required. However, there are other websites on the Internet where you can watch for free.

Where is The Flash filming today?

The Flash season 9 and final season of The Flash were filmed in Vancouver. In September, production is slated to begin on the final 13 episodes. The anticipated filming dates are 14 September 2022 to 6 March 2023.

Will iris be in The Flash Season 9?

Patton’s comeback for The Flash season 9 was questionable earlier this year; for a period, she responded with hesitation whenever fans inquired about her position on the show.